As I slumped down onto my hotel bed at midnight on the 13th August last year, I felt overwhelmed, alone and terrified. The first sights I’d seen of America had been the anonymous insides of Washington Dulles airport and a couple of fast food outlets along the motorway.

That week, I wrote a blog post called, ‘My top ten culture shocks from moving to South Carolina.’ As I discovered America’s social, cultural and political treasures one by one, I narrowed down the ten most outlandish shocks I’d encountered during my first week in Columbia. 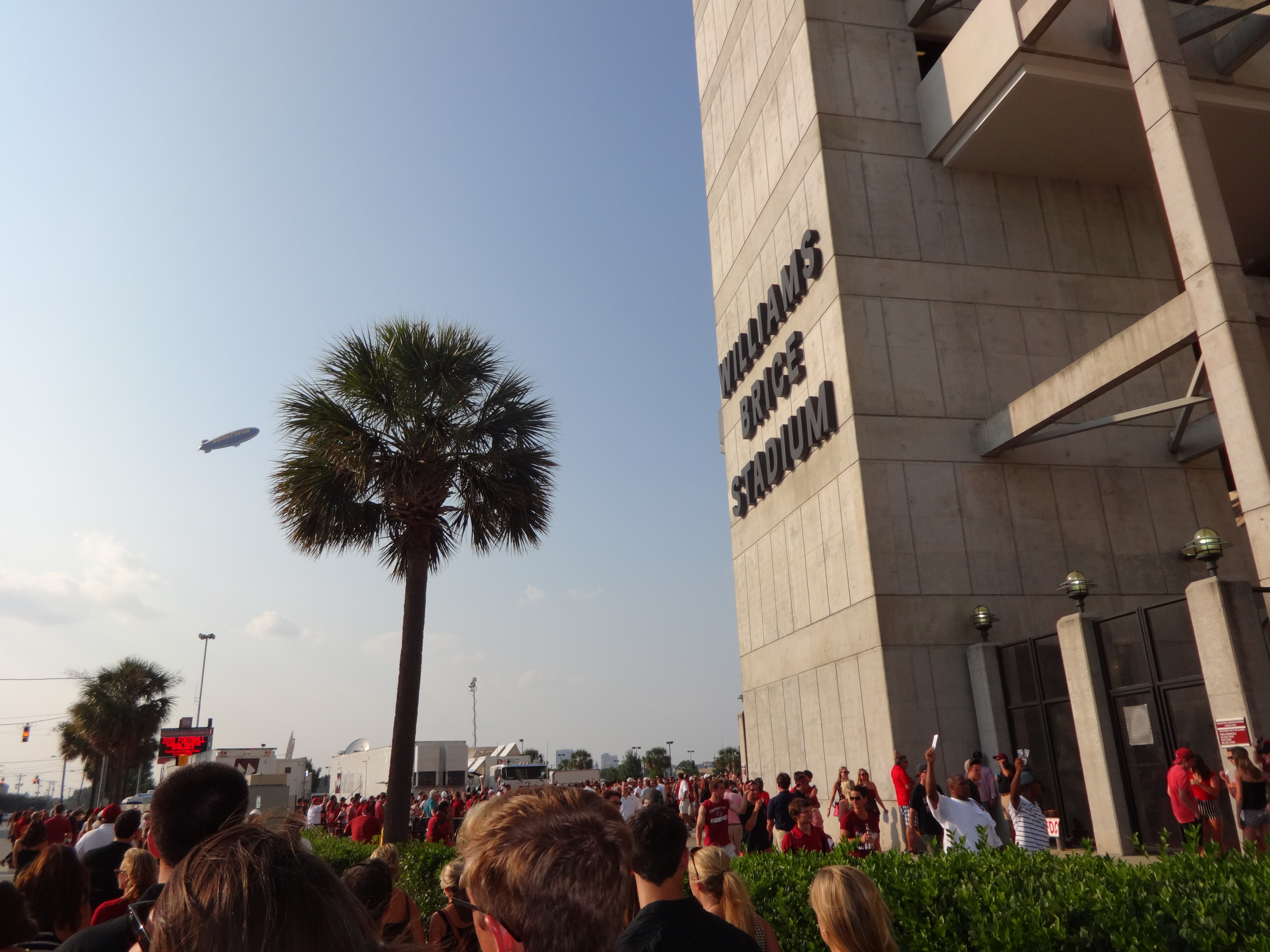 Unlike England, rain showers in Columbia last a matter of hours at most, rather than a matter of days- or even weeks. The summers are long and hot and the winters are short and mild, and we were even spoiled with four novelty days of snow this year- and four days off ‘school’ to match. I’m going to miss stepping outside of my dorm into the blazing sunshine rather than putting on every layer of clothing I own before climbing the treacherous hill that is Leeds’s Royal Park Road. 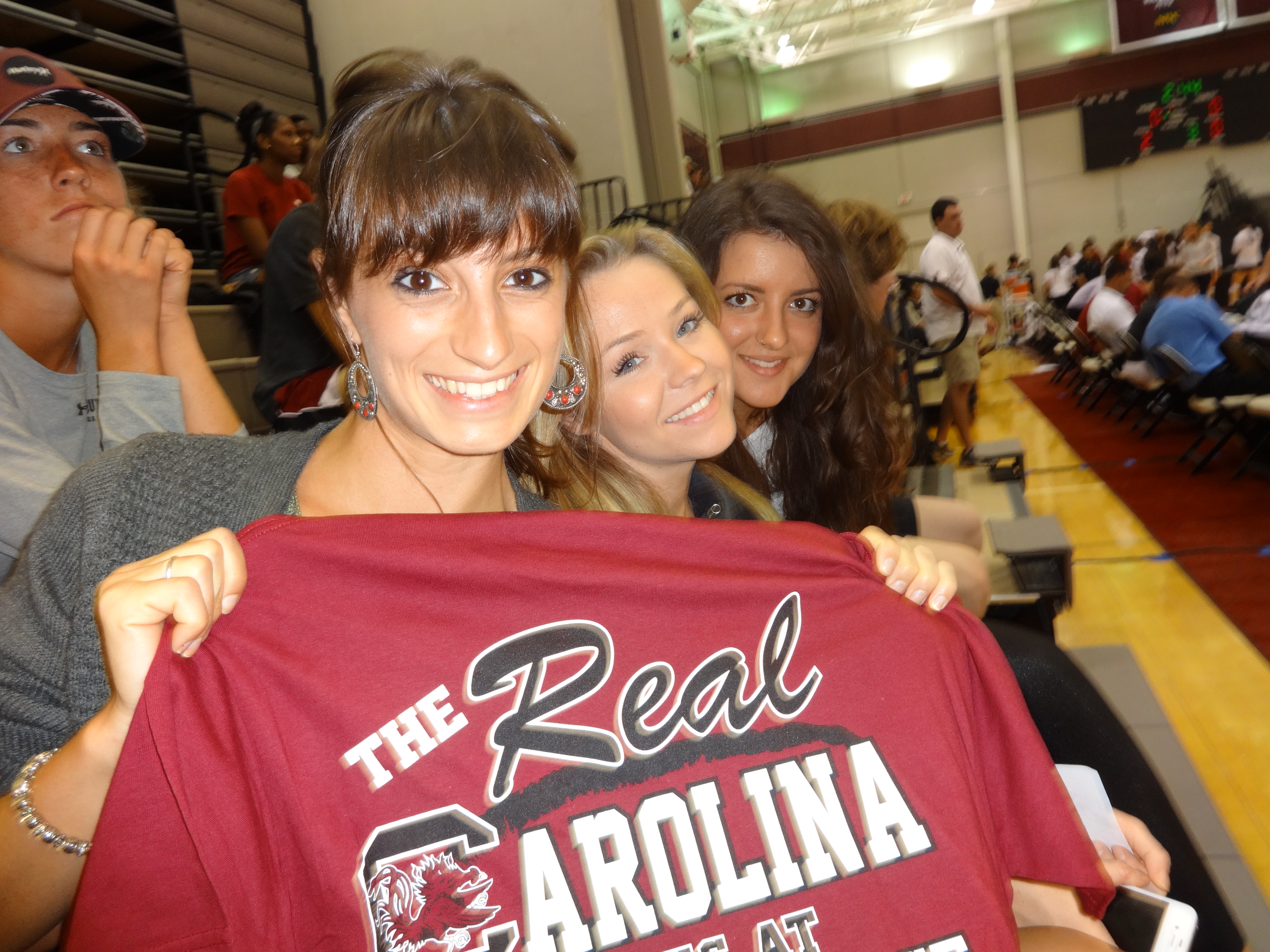 If I’m not already happy enough accumulating all the free stuff I didn’t know I needed, I’m saving even more money by enjoying the sterling to dollar exchange rate. Bottles of beer are a dollar (60p), Margaritas at Tios are $2 (£1.20) thrift shop purchases are a dollar, and I bought all the bedding, kitchenware and supplies I needed for the entire year at Wal Mart for $80 (£50). America has completely ruined my perception of value and I’m probably going to return to the UK and complain about how much cheaper everything is in dollars. (sorrynotsorry)

Strom Thurmond Wellness and Fitness Center, affectionately known as ‘strom’ by USC students is our gym at university. Not only do I live a minute’s walk away from this beastly fitness complex, but it boasts an outdoor pool, a running track, a climbing wall, a sauna, sand volleyball courts- and it’s FREE. 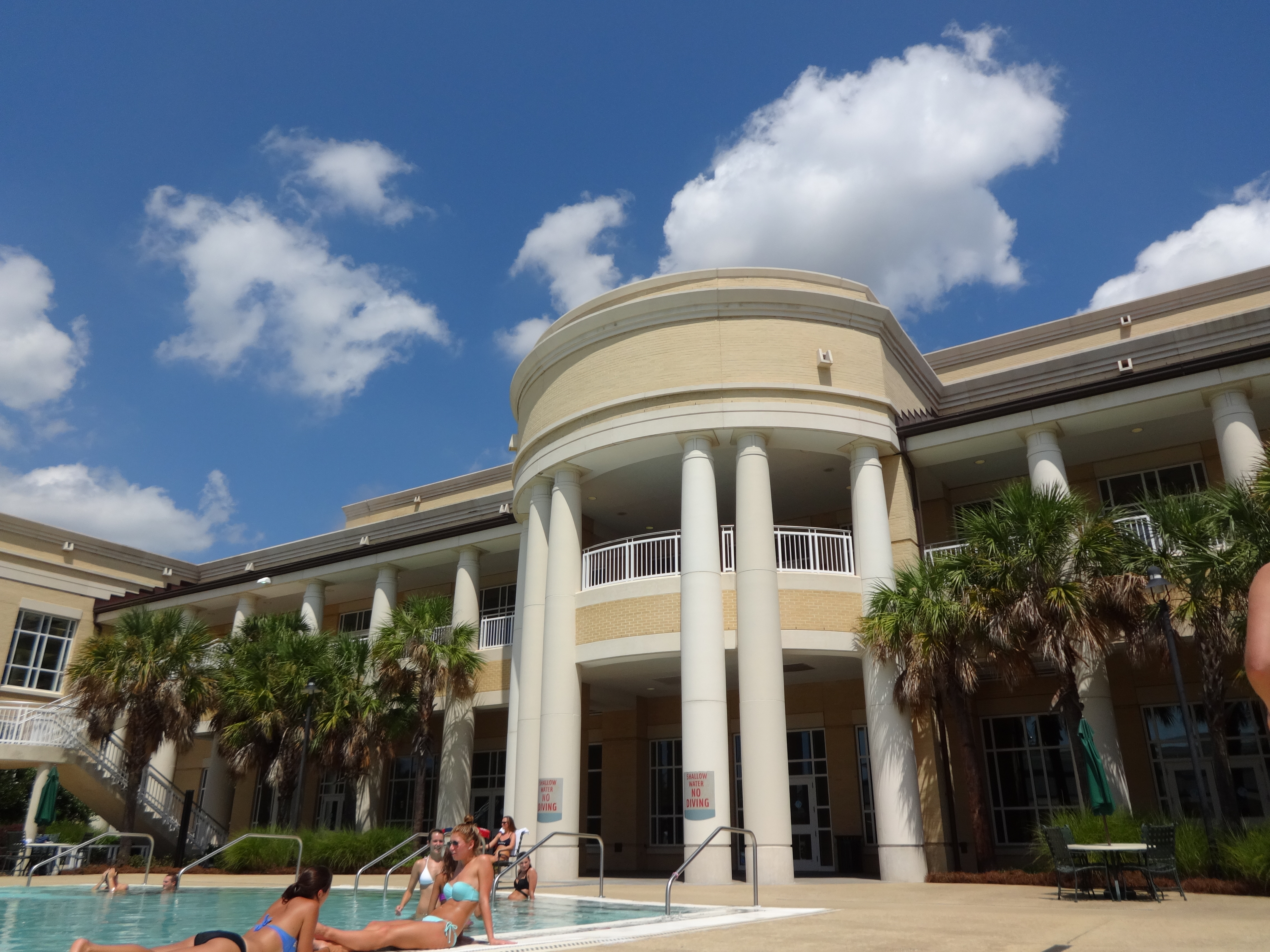 When I first arrived at USC I was perplexed by the fact that everyone called it ‘school’. Now that I’ve been here for a year, I’ve realised that the term is pretty appropriate. I have seminars in my tutor’s house with popcorn and soda. We pick our own essay topics and we have exams twice a semester to lighten the load. Exam questions are multiple choice and sometimes require only one word answers. Final exams are held during class time and teachers are often flexible and negotiable about dishing out our grades. Not to dumb down all the hard work I’ve put in while laying by the pool all year- but American university life has been a light, cool breeze.

When I first discovered that I’d been accepted at USC I was slightly concerned that my destination wasn’t very…cosmopolitan. But it’s actually been an incredible base for travelling elsewhere. Namely, Alabama, North Carolina, Georgia, Virginia, New York, Washington DC and very soon I’ll be in Tennessee. Although weekend trips to the Lake District, Brighton and London won’t be quite as crazy, travelling around America so often has given me a new-found desire to explore my own country some more once I return home. 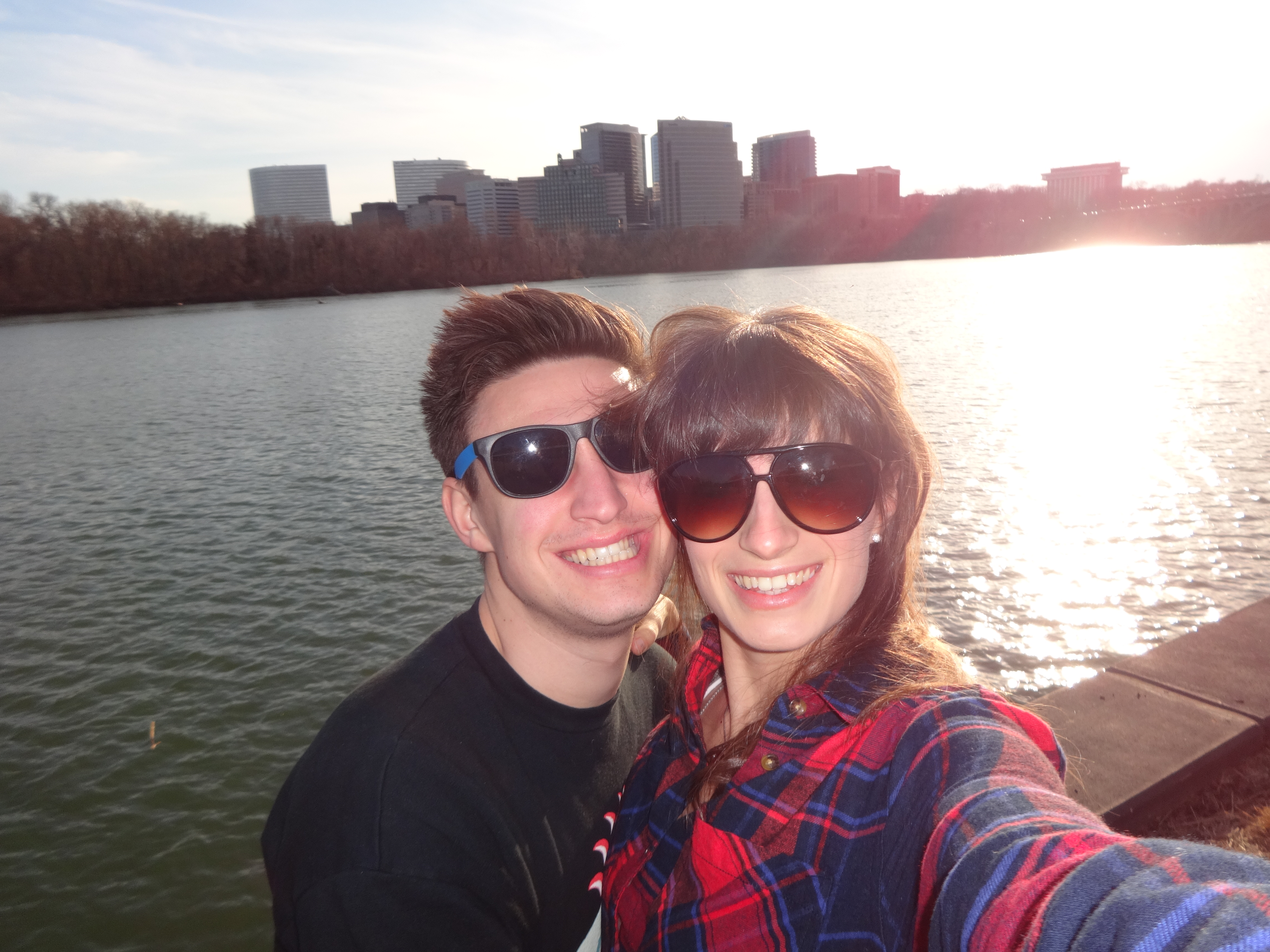 If it wasn’t for Southern Hospitality, I may not have recovered from culture shock so quickly. In sharp contrast to the mad, impersonal rush of big cities, Southerners are open, honest and welcoming. Passers-by say ‘Hey, how are you?’, shop staff frequently give discounts and people are always offering car rides. I’ll be sad to trade all of this in for British social stiffness.

Americans may be louder and more vocal than us Brits, but it’s for a good reason. I’ve never come across a nation of people who are, on the whole, so emphatic and enthusiastic. Some of their hyperbolic statements and cheesy phrases may get on my nerves sometimes, but when you’re in Alabama stuck halfway up a rock wall, having a team of Americans at the bottom screaming, “Girl you GOT it! Keep going! Don’t give up you’re doing super AWESOME!” is just what you need. 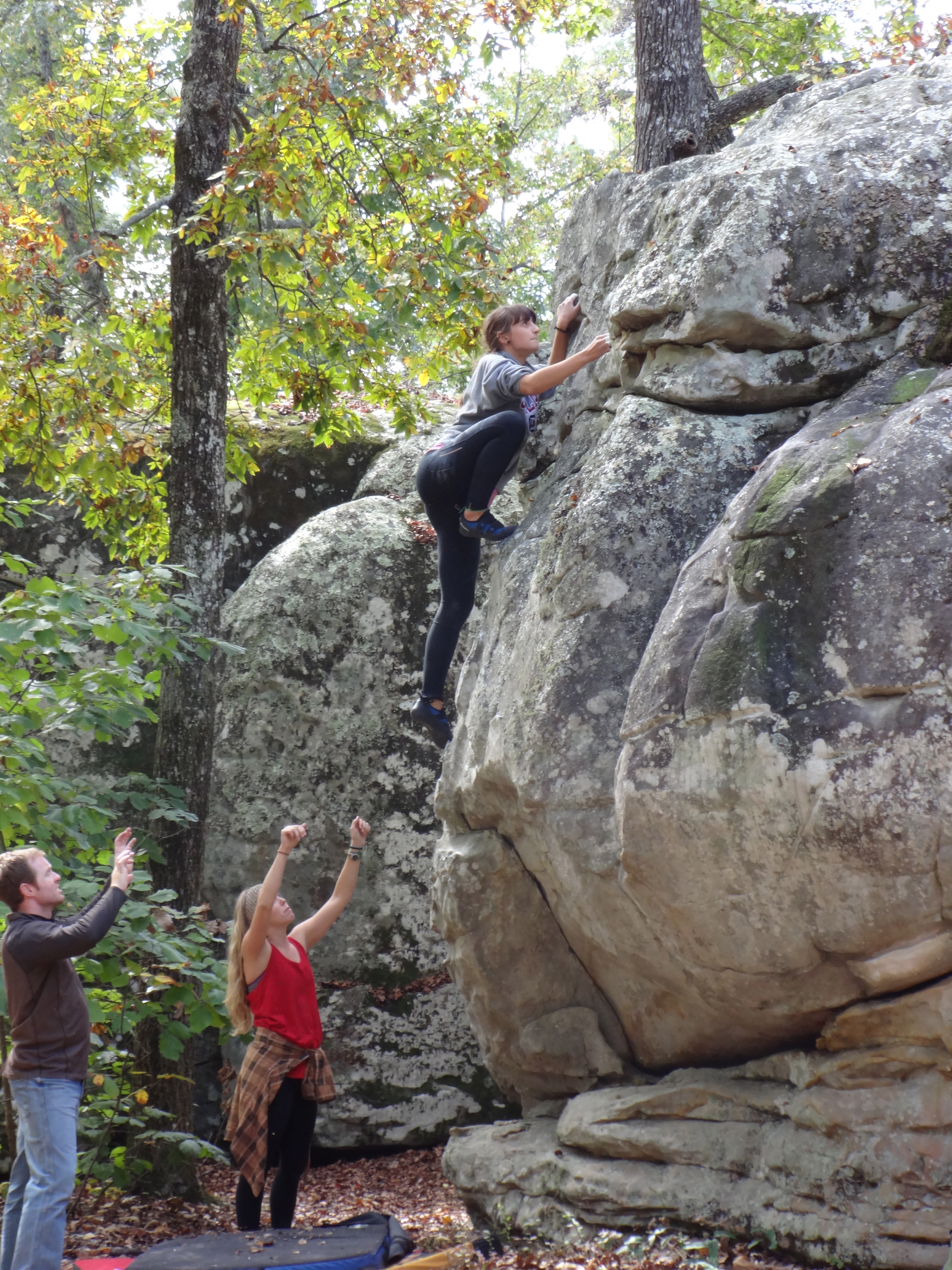 It may sound backwards, but being an outsider in a new community for a whole year is so much fun. I’ve been taking pictures of every little thing because it all seems so different and full of discovery, and there is ALWAYS something to do. The small things that seem insignificant to the majority of Americans here have been a huge deal to me- like screaming ‘GO COCKS!’ at the top of my voice at football games, playing cornhole, watching free movies in the student union cinema and choosing every single topping at Yoghut. Then there’s the big things which to me, have blown my mind- like taking a seat at Williams-Brice stadium and taking the elevator to the top floor of the Empire State Building. 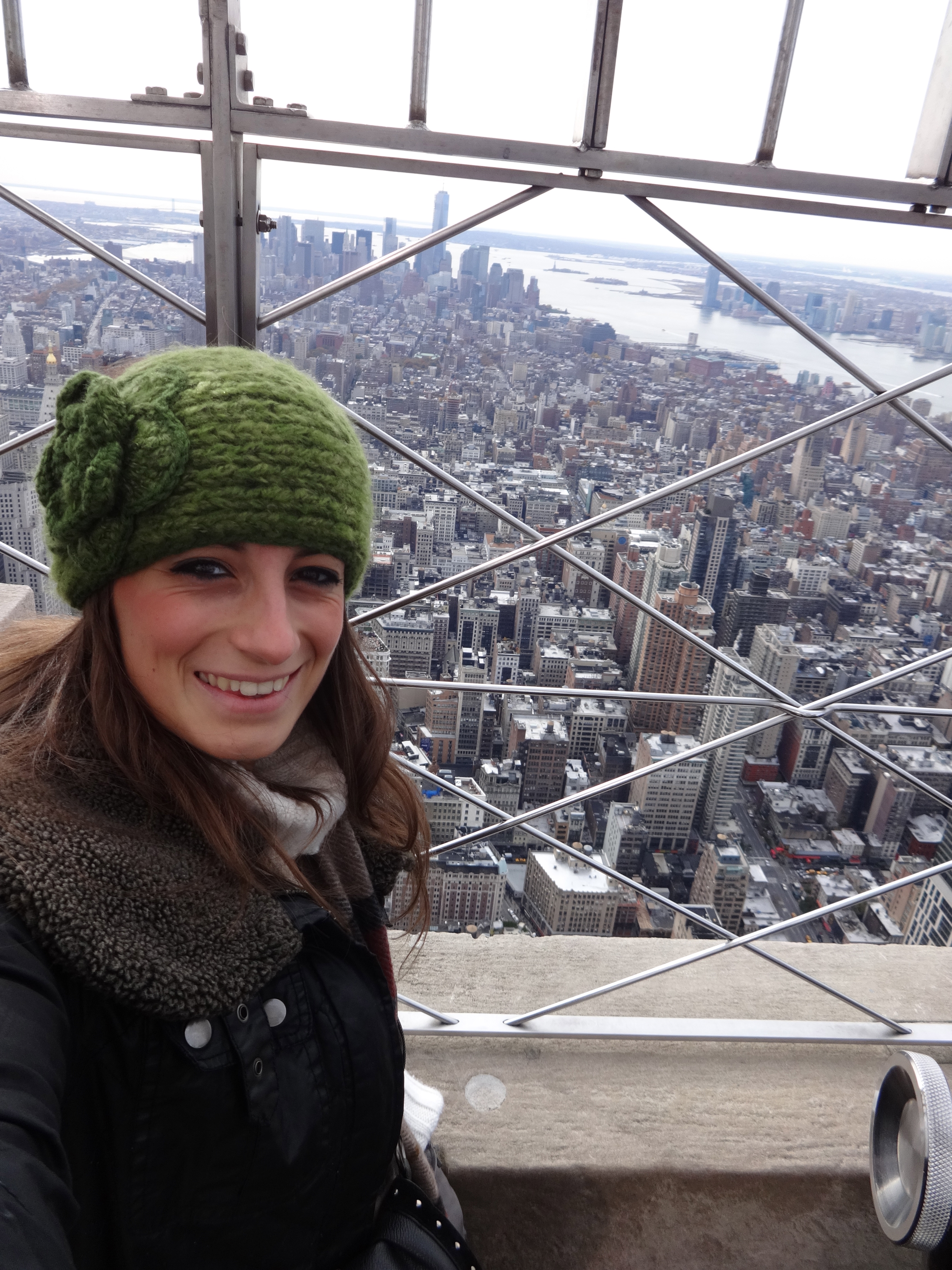 Meeting new people every day has enriched my life more than any other aspect of studying abroad. Chatting to someone is like going on a journey in itself, learning about where they’re from, what they believe and what their story is. Even my professors have been outstanding, mentoring me, looking out for me and helping me settle in way beyond their call of duty. Then there’s the people that I’ve met from the start, my rag-tag group of hilarious, ridiculous, carefree friends from all over the world. We’ve stuck together from the beginning and kept each other sane during the ups and downs of studying abroad. Not only have I got incredible friends from all over America, I’ve got a bunch of British friends who I’ll be seeing back home in England. It just so happens that if there was anything that I wished I could pack in my suitcase and bring back home with me- it would be them. As for the ones who’ll be staying in America- they’re the perfect excuse to come back to the states some time soon.