The naked pictures may not have broken the internet, but they have proven a point about the extent to which the female body has become a digital commodity 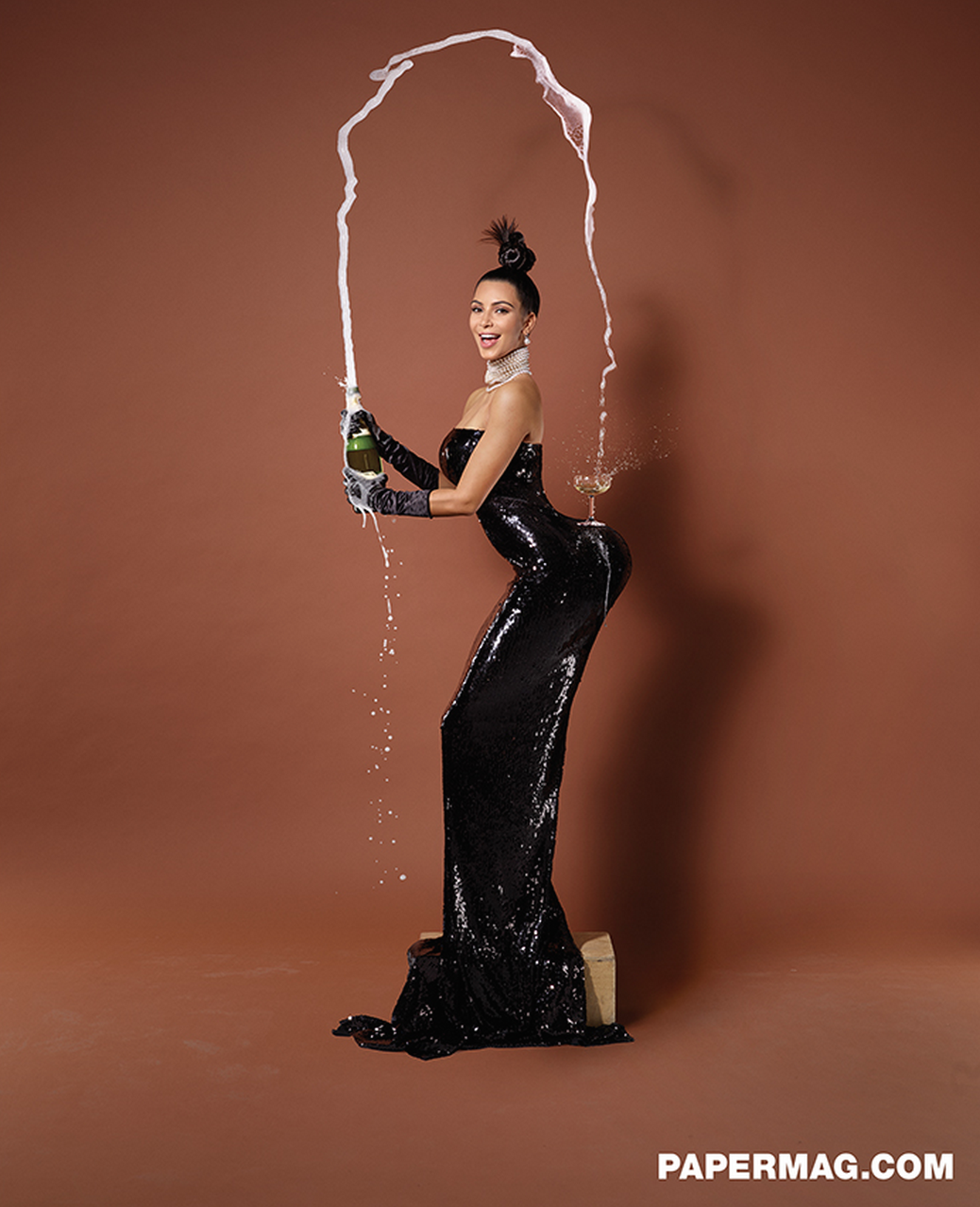 Kim Kardashian’s hyper-sexualised naked body is this week’s internet ballyhoo. Her greased behind, paraded by Paper Magazine as the photoshoot to ‘break the internet’, has been glistening in every dark corner of cyberspace. Instagram, Pinterest, Twitter, Facebook, WordPress- you name it- internet users have been unable to turn a corner without being visually confronted by Kim K in the raw.

As with all nude internet sensations, the photos have sparked a furore of polarising debates. Aside from Kim’s robot fans who have applauded her with automatic adoration, humans with brains have raised a variety of issues with the photos, from the representation of her naked body: completely hairless and oiled up, the backlash against her being a sexualised mother, the way in which a female body in and of itself can create superstardom, and the racial undertones to the images.

Some may well defend the photos as female empowerment- ‘women are entitled to do what they want’, or as just another unsurprising day in the internet world- ‘women get naked on the internet all the time, what’s the big deal?’

Fair play. Just last week, Kiera Knightley got her breasts out for a photo-shoot and comedian Tig Notaro performed an entire set, topless. Sadly, as an internet user of the 21st century, the persistent appearance of women’s bodies in the media has rendered me desensitised to seeing them at regular intervals throughout my day, whether I like it or not.

But the difference between Kiera and Kim is that they’re standing at opposite ends of the internet battlefield. While Kiera posed topless on the condition that she wasn’t photo-shopped, making a point about the great variety of women’s natural body shapes, Kim went nude to break the internet. Bravo. As ever, she wasn’t trying to convey anything inspiring or profound. At most, the photos are a continuation of Jean-Paul Goude’s trademark ‘art’ that sexualises the black female body. At least, they’re a sensational attempt to generate an infamous media reputation. Gossip= clicks, and clicks = money.

The photos are standing in a long line of recent internet battles over women’s bodies. The leaked nude photo scandal brought issues of authorisation and consent under the spotlight. Calvin Klein’s size 10 model begged the question, ‘Which size is plus size?’, and Victoria’s Secret’s ‘Perfect Body’ campaign sparked a torrent of bullets against the promotion of one limiting archetype of the female body.

Whether each of these debates have been settled in a positive or negative light- or not at all- the sheer frequency and ferocity with which women’s bodies are being verbally attacked, defended and dissected on the internet demonstrates the disheartening reality that the internet has fast become a battleground for the female form. Women’s bodies are being pushed back and forth in internet spats, as lifeless pawns to be claimed or defended like territory. They’re hostage to cyberspace whether the women behind the bodies like it or not.

I might be a dreamer, but I look forward to the dawn of web utopia: the day that women’s naked bodies aren’t plastered so freely all over the internet. But if they are, the best possible public response will be one of complete and utter indifference. That’s the day we’ll know that women’s bodies have ceased to become the hotly contested benchmark against which we measure the value of women themselves.

In this sense, Kim’s photos are nothing new, just another battle amid a war that’s already raging.

What continues to bother me about the photos is that they edge closer to achieving their lurid goal of ‘breaking the internet’ every time they get talked about- praise or no praise.

So please, can we stop liking, sharing and talking about Kim Kardashian’s body and use the internet for something a little more worth our time? Quick, somebody grab an iPhone and pass me the ice bucket.

As a long-established blogger and columnist, I’ve managed to pester enough magazines, websites and PR companies to publish my writing over the years. Many students looking to elbow their way in to the blogging world and boost their CVs often ask me for recommendations for who they could submit their work to. I’d like to endorse an up-and-coming women’s magazine in Liverpool that showcases a whole variety of women’s artistic creations. 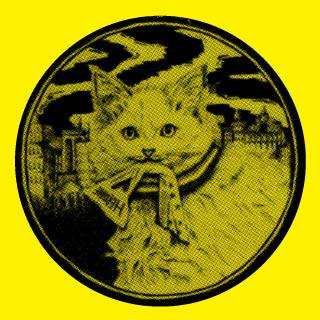 Heroine Magazine, affectionately known as Heroine Zine, was set up just over a year ago by two creative writing graduates, Abi Inglis and Phoebe Dunnett, both 22,  from Liverpool John Moores University. They publish anything that comments on the female experience and explores the history of women’s culture. The duo don’t just publish work from women, though- as they believe that ingenuity and flair are genderless attributes. 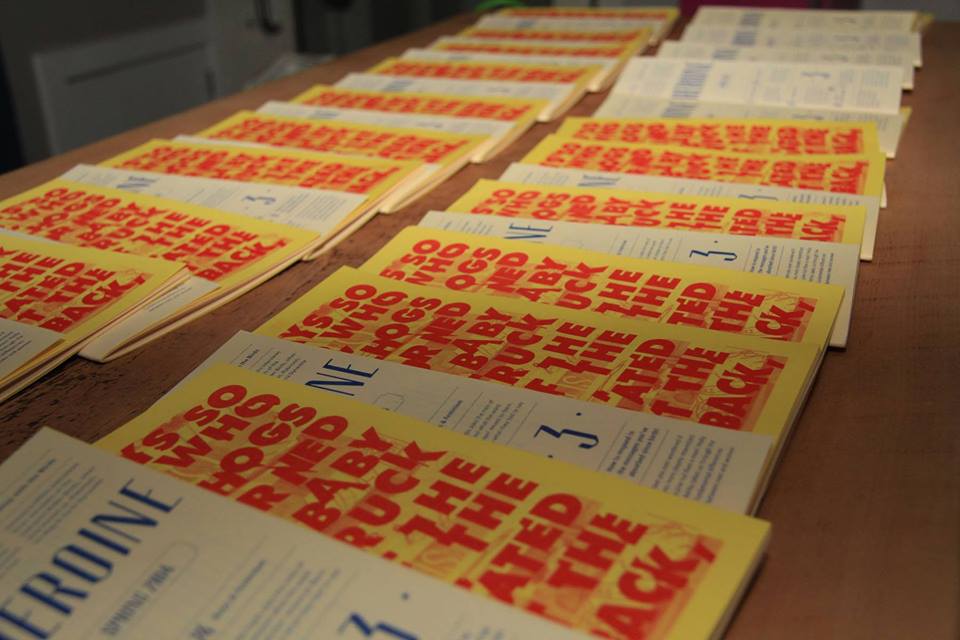 What started as a Summer project at university and has grown into a print magazine that highlights women’s creativity, ranging from poetry, prose, photography, art and articles. The duo have enjoyed numerous successes over the past year, from holding open mic nights in the city centre, gaining a loyal band of worldwide subscribers and even hosting their very own festival in Chavasse Park, Liverpool One.

Abi said: “We’re so passionate about Liverpool and all the fantastic creative projects that are happening here. We love to support the women involved in these and help provide a space where they can create and perform.”

The magazine even has ‘manifesta’ of principles that outlines the wholesome ethos of its editors. Phoebe explained: “We feature all types of creativity that celebrates women exactly as they are. We want to be the type of magazine that doesn’t feature airbrushing, body-shaming or product placements. Just creative ingenuity.” 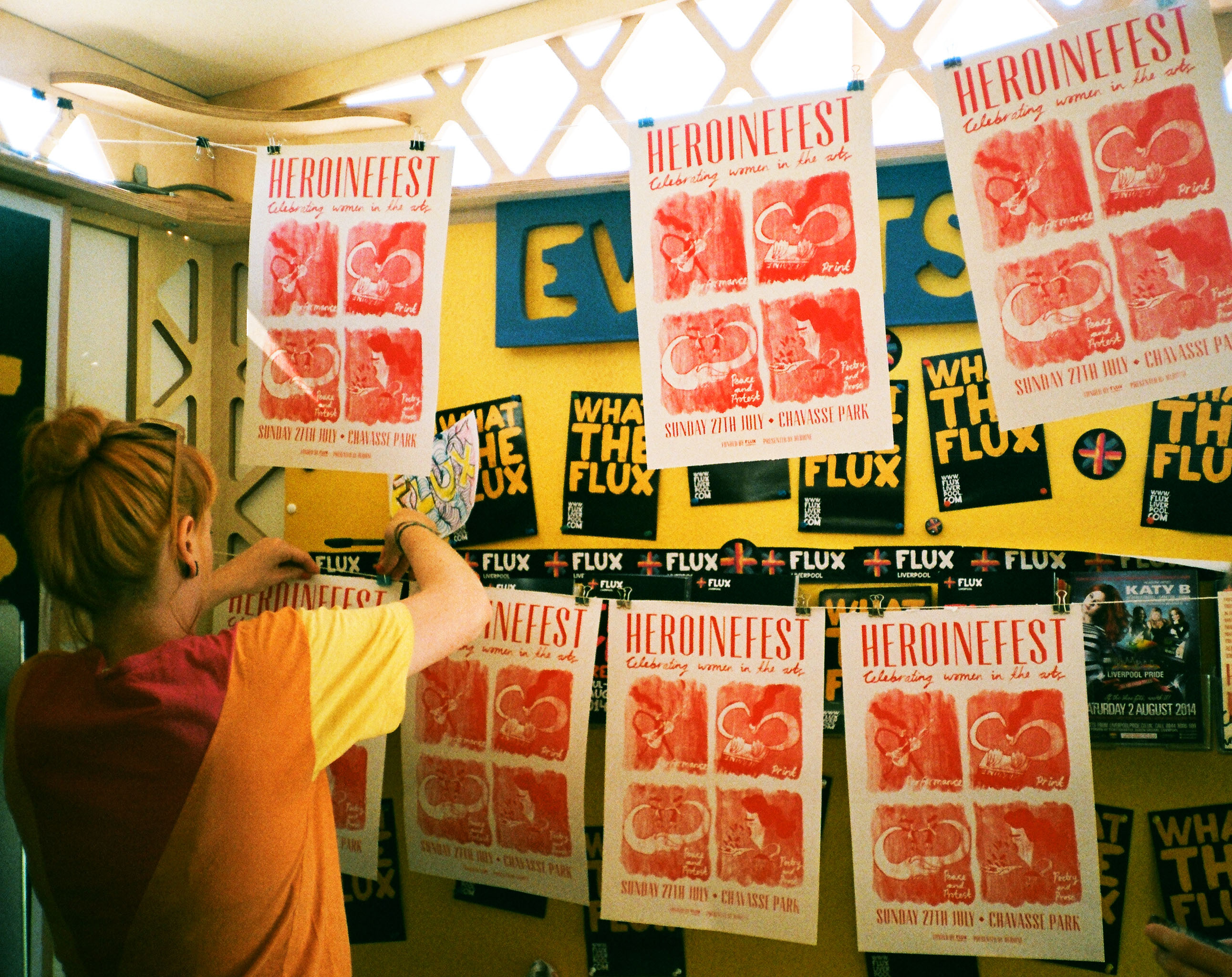 HeroineFest in Chavasse Park, Liverpool One

HeroineFest in Chavasse Park was a particular highlight for the pair, who brought workshops, discussion groups, stalls and live music to the top of Liverpool One. Many other creative women’s groups from the North West attended the festival, including the Lady Parts Theatre Company, Queen of the Track Zine and a female Beatles tribute band, The Beatelles.

Abi said: “We wanted to celebrate some of the awesome women we know in Liverpool and the North West. It was a great day and we got some fantastic feedback from the public.”

“Having HeroineFest take place in Chavasse Park, a very public space in the middle of Liverpool One, really showed us how open and welcoming people were about the idea of having a women’s arts and culture magazine in the city.”

The editors are now taking submissions for issue 4, which will be published in October. To get in touch, visit facebook.com/heroinemagazine or email [email protected]

Last Sunday I visited the hub of campus, the ‘Horseshoe’, to witness sorority bid day. This is the day that hundreds of screaming girls who have been on their very best behaviour for two weeks find out which sorority they are to call home.
To join a sorority, a girl has to go through a two week period known as ‘rushing’. She meets with representatives from each sorority for interviews, whereby they exchange information to make a character assessment of potential members. The sororities will grade girls from 1-5, and in return the girls will bid for their top three sororities in time for bid day. Behind the scenes, the choices are made, the t-shirts sized up, the fate of hundreds written in the books.

By the time bid day comes around, there’s a buzz of anticipation on campus. As sorority members have to de-activate social networking accounts and are prohibited from partying during the rush period, it’s not only the excitement of potential members lingering in the air, but of existing members too.

Approaching from the student union, which is at least 500 metres away, a group of us could hear the chanting as soon as we stepped outside. The sororities were gathered on the Horseshoe fields in all their glory, each wearing matching outfits. So some wore cowboy boots and denim shorts, while others had a beach party theme and donned hula skirts and flowers in their hair. Huge strings of balloons formed arches over the sorority symbols and hordes of onlookers stopped to take pictures.

The sororities would buzz about for a few minutes, smoothing out their hair, taking pictures, speculating over new recruits, and then a swell of noise would turn into chanting and singing:

We walked around in awe of the sheer number of females gathered in one place- I hadn’t ever seen that many en masse before. Taking pictures and videos, my camera gallery was filling up with colour, snap by snap showing fluorescent pink, clover green, stripes of red, yellow and white. We made our way to the top of the Horseshoe, the grand McKissick building, and saw row upon row of girls gathered on its steps, underneath its majestic Greek pillars.

This is where the heads of the houses were lined up. Sat in front of them, obedient and cross-legged, were all the new recruits. Row by row they were asked to stand, close their eyes and open their hands behind their backs. A t-shirt corresponding to their new sorority was placed in their hands, and on the count of three, they were allowed to look. Some girls screamed and jumped on each other, others stared blankly with disappointment. Some even cried- whether it was with happiness or sadness I’ll never know. Whatever the outcome, the girls began running as fast as they could to their new sorority, and if they could find them, to their new sorority buddy who is to guide them through the next year. The crowds of fraternity boys and onlookers formed two swelling lines with a running lane down the middle, trying to trip the girls up as they ran.

For a true taste of what Sorority Bid Day was really like, here’s a short video:
http://www.youtube.com/watch?v=YyczKQ5BtIA&desktop_uri=%2Fwatch%3Fv%3DYyczKQ5BtIA&nomobile=1